There has been considerable controversy including in New Zealand over the promotion, ratification and implementation of international conventions governing migrant employment. This highlights the tension between a human rights approach to social protection and the increasingly deregulated globalised use of labour.

Migrant workers are an extremely vulnerable group present in most nations across the world. While early United Nations conventions do not make reference to migrant workers, the International Labour Organization (ILO) has addressed migrant labour rights through specific conventions and recommendations.

The 1998 Declaration on Fundamental Principles and Rights at Work, which binds all ILO members, protects all migrant workers regardless of status.80 The two key ILO conventions related to migrant employment are No. 97, on Migration for Employment (1949), and No. 143, on Migrant Workers (Supplementary Provisions) (1975). 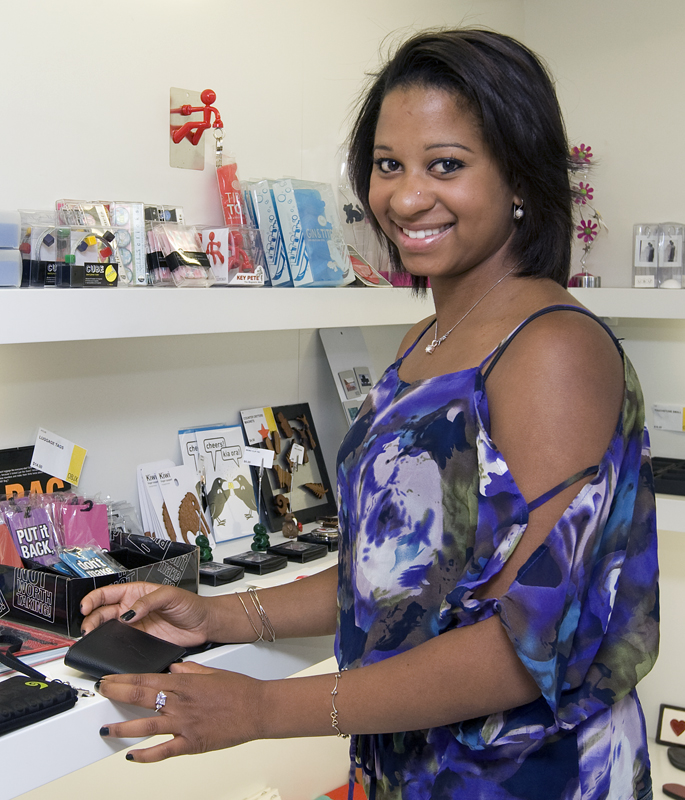 ILO Convention 143 was adopted at a time when concern about irregular migration (including smuggling and trafficking) was growing. It sets out requirements for respecting the rights of migrants with an irregular status, while providing for measures to end clandestine trafficking and penalise employers of irregular migrants.

Other ILO conventions that protect migrant labour include:
• Forced Labour (No. 29)
• Freedom of Association and Protection of the Right to Organize (No. 87)
• Equal Remuneration (No. 100)
• Discrimination (Employment and Occupation) (No. 111)
• Minimum Age (No. 138).

Continuing international concern about the rights of migrant workers led to the adoption by the United Nations of the Migrant Workers Convention in 1990. The Convention brings together the rights that already protect migrants (including irregular workers) and that have already been accepted by most states through “core” human rights treaties. New Zealand has not ratified this Convention.

Concerns about protection of the rights of migrants in New Zealand have been raised by treaty bodies, including the International Convention on the Elimination of all forms of Racial Discrimination (CERD) and the Convention on the Elimination of All Forms of Discrimination against Women (CEDAW), and by the Human Rights Committee in monitoring the International Covenant on Civil and Political Rights (ICCPR) and ICESCR. Migrant workers’ rights were raised in the context of New Zealand’s Universal Periodic Review in 2009. It was recommended that New Zealand ratify or consider ratifying the Migrant Workers Convention. One of the themes of the 2009 Durban Review Conference was protecting the rights of migrant workers.

Work is arguably the single most important element in the integration of immigrants to New Zealand. Despite this, many migrants find it hard to access decent employment, even with years of experience and qualifications attained elsewhere. A particular problem for some migrant workers is the recognition of qualifications by gate-keeping bodies, especially in some professions. The negative plight of migrants and their employment situation has been covered extensively in the mainstream media including stories of discrimination, exploitation and battles over work and entry visas.

In 2010, the Department of Labour released its research on the economic impact of immigration in the five years from 2005 to 2010. Findings show migrants initially tend to have lower employment rates and incomes than New Zealanders with similar characteristics. The report concludes that overall immigration has made a positive contribution to New Zealand’s economic outcomes.

In 2009, the Department of Labour released its Employers of Migrants survey. Overall, 87% of respondents rated their migrant employees as good or very good. Employers said the positive attitude displayed by migrants and their skills and experience were driving factors behind the high ratings. The Minister of Immigration at the time stated, “Migrant workers play a major role in the economy and this survey reinforces the value they provide to employers.” 81

In 2010 the Department of Labour commissioned an evaluation report of the RSE scheme.82 It identified the following positive impacts from the scheme for employers:
• Employers in the horticulture and viticulture industries have access to a reliable and stable seasonal workforce;
• Labour supply crises pre-RSE have been avoided and employers can now plan and manage their business with confidence;
• Significant productivity gains for employers began to emerge in the second season.

The following positive impacts for RSE workers were identified in the RSE evaluation report:
• Workers were able to develop skills;
• Workers were generally satisfied with the amount they earned over 4-7 months, as this was more than they could earn in their home countries;
• Workers from Vanuatu, Tonga and Samoa benefitted financially from working in New Zealand;
• Workers’ earnings enhanced the wellbeing of their families and enabled individuals and communities to pursue business ventures;
• Many workers engaged with the local community through church, sports, and cultural activities while in New Zealand.

Although steps have been taken to address some early issues with the scheme, key issues previously identified are raised again in the RSE evaluation report. These include: accommodation, particularly costs and overcrowding; lack of awareness and understanding of rights and obligations, fears of adverse consequences of complaining; and unfavourable reactions from the host community.

In 2010 the Commission met with the Department of Labour to discuss issues raised by the RSE scheme and the Commission’s own complaints and enquiries data, community intelligence and findings from the National Conversation about Work.

Complaints to the Human Rights Commission since 2005 suggest that some seasonal workers continue to face discrimination, difficult work conditions (which sometimes fall below minimum standards), and difficulty accessing social services. Temporary workers are also often unable to bring their families to New Zealand.

Violation of workers’ rights and discriminatory practices if unchecked could impact negatively on local industries and on New Zealand’s international reputation. One risk of failing to address these issues is that workers will not want to come or return to New Zealand (or in specific regions or industries) and advise their compatriots not to do so either. A local survey of workers from Vanuatu in the Bay of Plenty, for example, indicates that 65% of the workers found their experience worse than they had expected, 48% indicated that they would not return and 30% indicated that they would not recommend other ni-Vanuatu workers to join RSE.83 Competition with Australia is another supply-side issue.

There are a number of initiatives by employer and professional groups and education providers to assist migrants to overcome barriers to employment. For example, Opportunities for Migrant Employment in Greater Auckland (OMEGA) matches migrants with professionals who share the same skills and industry knowledge, in occupation-specific mentoring. The Auckland Chamber of Commerce operates the New Kiwis website for onshore migrant job seekers and a recruitment-focused website for prospective migrants offshore. The Canterbury Chamber of Commerce’s Employment Programme assists work-ready migrants to find employment and help relieve the skill shortage in the Canterbury region.

Recent immigration policy changes have placed greater emphasis on successful settlement of migrants. These changes include the establishment of migrant resource centres, and coordinated planning at the regional level between government departments, local councils, employer and migrant and community groups.

The Commission has promoted migrant rights through popular and useful publications such as the Commission’s widely circulated “A-Z pre-employment guidelines” for employees and employers which has been helpful for migrant employment, establishing what is permissible under the Human Rights Act.

Participants of the Commission’s National Conversation about Work said there were a number of ways that discrimination was expressed when they sought work. Chinese Aucklanders said some migrants ‘anglicize’ their name to increase the chance of being interviewed for a job.

Outside the major centres, the Commission was told that inherent conservatism in business, together with parochial attitudes, meant that some employers have difficulty with employing migrants.

Typical complaints by migrant employees to the Queenstown Citizen’s Advice Bureau included not being paid holiday pay, being told they had lesser rights because they were on working holiday visas, and being told they were not entitled to annual leave. Migrant worker advocates thought this was just the “tip of the iceberg”. The Commission was told, “Migrants were less likely to complain, because they were in the area for a short period of time or would simply find another job elsewhere.” 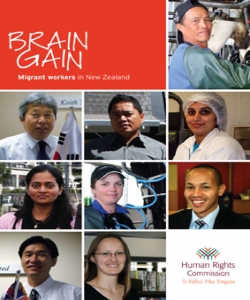 Support services for migrants are not as readily available in small towns as in urban centres. The importance of settlement support infrastructure was emphasised by both migrants and other community workers. In Marlborough, the influx of migrant seasonal labourers meant a greater demand for immigration support services. For example, the absence of a regionally based office in Blenheim, where demand is the highest, meant that Department of Labour officers had to travel from Nelson to address issues of apparent exploitation of migrant workers in the wine industry.

The dairy industry is reliant on migrant labour and the Commission heard from Filipino dairy workers particularly in the South Island about poor work conditions, inadequate housing, long work hours and bad employer behaviour. Some dairy farmers in Southland were not used to employing staff, let alone staff from other cultures. Some employers struggled with both the legal requirements of employing staff, including immigration issues, and interpersonal skills necessary to effectively manage and communicate with a culturally diverse workplace. Federated Farmers are developing self regulatory mechanisms to assist prospective employees identify accredited employers. This is seen as important in terms of fairness for employees and to ensure that the reputation of the industry as an employer is not damaged by poor practice.

In the wine industry the Commission heard many employers take a responsible attitude with regards to employing seasonal workers but a small number of others exploit staff to the point where it could be considered a violation of human rights. Representatives from Wine Marlborough agreed that rogue operators had harmed the reputation of seasonal work in the area and that registration of RSE contractors would help employment practice in the industry.

According to Wine Marlborough “if everyone signed up to be registered we could monitor employers and employment practices.” Contractors agreed that “registration would be a good thing. Many agreed that rogue operators had the potential to damage the reputation of New Zealand industry in a number of sectors.”

Sustainable Winegrowing New Zealand (SWNZ) has produced “best practice” models for the wine industry including socially responsible employment practices ensuring companies operate with a goal of improving their operations. A new labour component has been added to SWNZ’s advice recognising the need for members to meet their legal employment obligations, which includes having contractors as accredited members of a contractors association. Questions related to managing staff are weighted as major, which means that members must be fully compliant to pass.

The Commission suggests in relation to the RSE scheme and migrant employment in general that the Department of Labour:
• Provide information on employment law and human rights in relation to employment for both migrant employers and migrant employees in community languages and in multiple formats to ensure accessibility;
• Publicise good practice guidelines and minimum legal standards for RSE employers;
• Monitor the working conditions of migrant workers, including those employed under the RSE scheme, with a view to taking remedial action when poor practice is identified.
• Encourage the development of codes of practice in partnership with industry groups, in particular dairying and viticulture, to ensure fairness for migrant employees in particular and to guide employers on best practice in general.